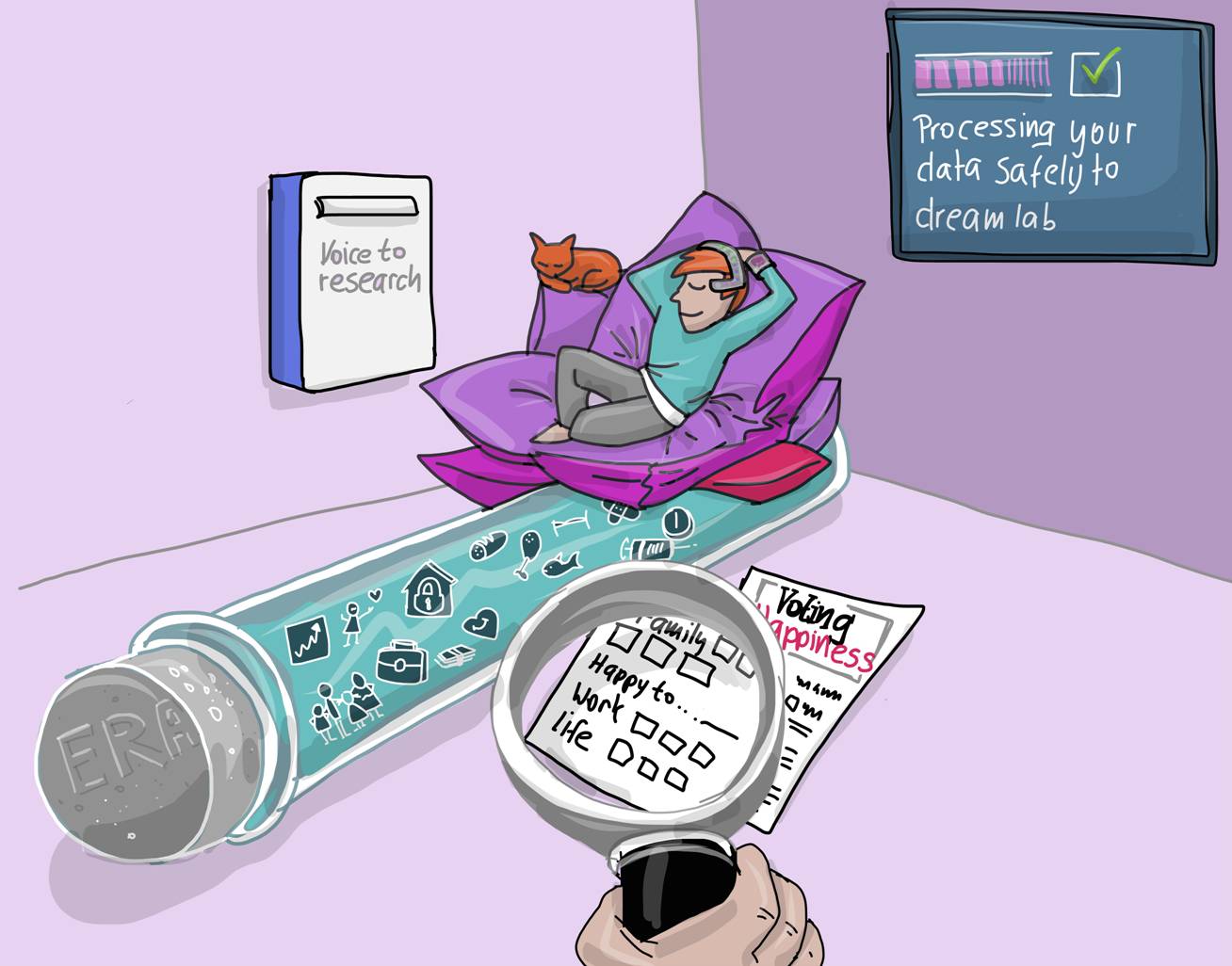 The driving force: Major political scandals, in particular data scandals, and the inability of policy to cope with the lasting financial crises have spawned a rapid growth of mistrust in higher level policy-making. This has been accelerated by social movements supported by widespread internet use. The thrust: The inability to collaborate leads to handling societal challenges locally. The major policy concern is to address challenges (even when perceived to be global) in a manner which benefits the municipality and its citizens. The societal paradigm which influences the attitudes towards science and technology is about progress in lifestyle and self-optimisation rather than problem-oriented solutions. The attributes of the European lifestyle are valued elsewhere in the world with non-European firms and organisations settling in Europe in order to both learn and benefit from the local quality-of-life attributes. Socio-economic value creation indicators are extended to include a quality of life index (e.g. including gender equality, personal-data privacy and a contentment-quotient). With the diverging societal rationales between Europe and the rest of the world, Europe also becomes a desired place to settle. Research and innovation activities have a profoundly different function compared to 20 years earlier: Scientific knowledge is broadly seen as just one among many sources of knowledge, including practitioner, lay and indigenous, that can contribute to local solutions. The open, heterogeneous research and innovation landscape provides opportunities for close links between scientists and society around micro/regional level activities. Citizens invest in such activities and take the initiative to become involved at the micro-level. Issues addressed by these activities (as they are in fact not being debated as societal challenges) include smart cities, local energy production, public health and prevention of diseases, or local food production and distribution systems. The role of European-level policies is substantially re-defined as providing infrastructures as well as platforms for the exchange of good practices and for learning. Europe sees its role in the world in a Switzerland-type manner: having its own agenda and being reluctant to intervene in any matter that is not of direct concern, and only developing ad-hoc relations when judged useful.

In the attached report we explore the implications for the research and innovation landscape, read the extended scenario text on pp. 26-29. From this extended view, we derived a set of key institutional and policy features:

1- European institutions act as a facilitator for sharing the experiences of local and regional actors to foster exchange and learning.

2- Deployment of Europe-wide communication infrastructures (both physical and ICTs). Support communication technologies that are low consumers of energy.

3- Development of European norms and standards dealing with the environmental impact of traded goods and services and their social conditions of production.

4- Evaluation of the effects of regulations and norms, and of the effectiveness of different policy strategies under different contextual conditions.

5- The key governmental actors are ‘proximity actors’ (cities and regions).

6- European institutions narrow focus on the programming of R&D funding to support redefined communications infrastructure, and to assess the problems posed by the development, implementation and assessment of new regulations and policies.

8- Deployment of problem-based forums and platforms for exchange and learning among local and regional organisations.

Key implications of the scenario

9- Public policy addresses societal challenges in a decentralized manner with little intervention at the European level.

11- Supporting innovation at the firm as a way to support the competitiveness of European firms in global markets is not a priority.

13- PROs have drastically reduced their size and some of them have disappeared altogether.

VERA scenario 3 “Solutions apart – Local is beautiful” is based on citizen driven bottom-up approach in which the European RTDI governance is framed at a regional and micro-level by single citizens and at meso-level by social intermediaries, and at the macro-level by two high-level ERA forums. As citizens have essential influence on RTDI governance and as they recognize the need of creation of a sustainable future of energy production and consumption, in general Scenario 3 creates positive conditions for RTDI driven renewal of energy production and consumption system, energy efficiency and solving GC of climate change. The assumed relatively weak role of EC institutions and even smaller role of private sector however will weaken the realisation of concrete actions for RDTI driven sustainable energy production and consumption, eco-innovations and mitigation of impacts of climate change. The role of RTDI is weak also for the sake of the assumed insignificant role of scientific knowledge among other sources of knowledge.

Citizen level influence and even regional and national governments level influence on research agendas, both as such sympathetic, may remain “too selfish” and insufficient to see the real challenges of urgency to change the energy system towards sustainable development path solving GC due to climate change. In this scenario (as in Scenario 1) the role of EC institutions is small, meaning weak coordination in order to reach the European level optimal RTDI programmes and consequent required implementation of industrial eco-innovation activities. The justification of RTDI activities, relying in Europe mainly on "relevance" for health, quality of life and happiness, may prove to be insufficient due to harmful consequences of the use of fossil energy sources causing health and other welfare effects for citizens.

Citizens can however participate increasingly in opening innovation processes by firms which leads to more private-public, transdisciplinary and transnational research networks, contributing towards more sustainable energy structures and mitigation of climate change impacts, importantly encouraging citizens to innovate also close to local “grass root” level. The direct influence of citizens makes research career for many researchers also very attractive. As in Europe the immediate rationale of human well-being is replacing purely economic indicators of wealth, the longer term possibilities to shift towards more sustainable energy structure may however suffer. As after-effects of the global economic crisis remain still deep at least till the 2020s, Europe will differ from other continents where, for example, in North America the RTDI regime still remains successful and in Africa and expanding countries a shift takes place towards knowledge-intensive innovations also in energy sector. In European societies however the transformation towards common beliefs and new values is gradually beginning as is the progress towards more intensive European integration in different policy areas.

In conclusion, on the one hand citizen driven Scenario 3 may create certain positive conditions for a long-term renewal of energy production and consumption system, energy efficiency and solving GC of climate change, as pursued in related EU strategy documents. The strengths are related to strong impact of grass root citizens of RTDI and the trust that they have understanding of real needs to change energy structures for the sake of health and other human welfare aspects. On the other hand relatively weak coordination of EC institutions, insignificant RTDI, weak role of private sector and private-public partnerships, and after effects of global crisis in Europe however may deteriorate these conditions. In these conditions the European economy may furthermore lack behind other competing continents. The low role of industry weakens also concrete actions for eco-innovations in energy technologies alike in Scenario 2.